Marvel’s Midnight Suns is a new tactical RPG set in the darker side of the Marvel Universe, putting you face-to-face against demonic forces of the underworld as you team up with and live among the Midnight Suns, Earth’s last line of defense.

After centuries of sleep, Lilith, Mother of Demons, has been revived by Hydra through a twist of dark magic and science. Lilith stops at nothing to complete an ancient prophecy and bring back her evil master, Chthon. Pushed to the brink, the Avengers desperately look to fight fire with hellfire and enlist the help of the Midnight Suns – Nico Minoru, Blade, Magik and Ghost Rider – young heroes with powers deeply rooted in the supernatural, formed to prevent the very prophecy Lilith aims to fulfill. Together, they resurrect an ancient warrior – the Hunter, Lilith’s forsaken child and the only hero known to have ever defeated her. In the face of fallen allies and the fate of the world at stake, it will be up to you to rise up against the darkness!

From the legendary studio that changed strategy and tactics games forever comes a new title, offering cinematic tactical combat with a Super Hero flair, friendships to forge with iconic heroes, and an unforgettable adventure that dives deep into the darker side of Marvel.

YOUR MARVEL ADVENTURE. Become the Hunter, the first customizable original hero in the Marvel Universe. Lead a legendary collection of heroes that span across The Avengers, X-Men, Runaways, and more as you customize your team, tailor your selection of abilities to suit your playstyle, and unlock iconic outfits that will delight any Marvel fan.

EXPLORE THE DARKER SIDE OF MARVEL. Rise up against the demonic forces of Lilith and experience an immersive personal story that brings familiar heroes to an unfamiliar world, filled with the supernatural and the mystical. The stakes are higher than ever as you face-off against fallen versions of iconic Marvel characters and attempt to stop Lilith from reviving her evil master, Chthon.

LIVE AMONG THE LEGENDS. See heroes in a new light and unlock additional abilities as you develop relationships and strengthen personal bonds outside the field of battle with some of your favorite Marvel superheroes such as Iron Man, Wolverine, and Captain America. Dive deep and explore The Abbey – your very own mystical secret base – as you explore the grounds and uncover its hidden mysteries.

FIGHT AND THINK LIKE A SUPER HERO. Team up with your fellow heroes, assess the tactical battlefield, and strategically launch devastating iconic attacks against the forces of darkness. From the creators of the critically acclaimed tactical XCOM series comes a new engaging and deeply customizable battle system that rewards clever thinking with Super Hero flair. 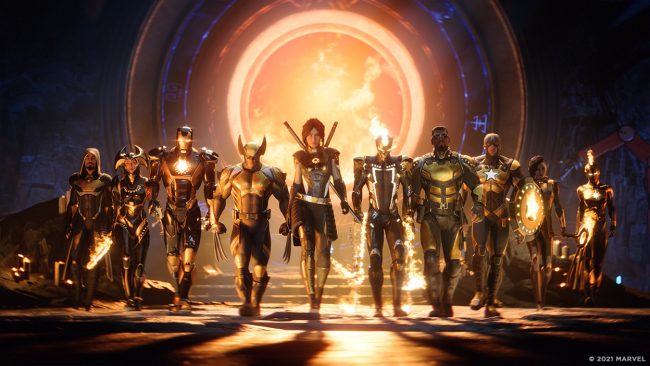 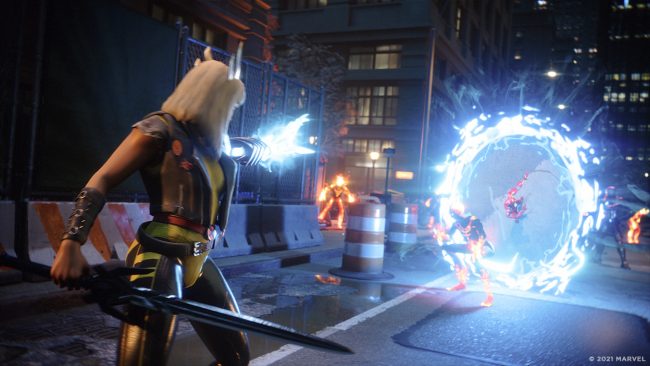